4 Ways To Future-Proof Your SME Network

Most businesses these days use networking to facilitate their IT wings. But as generic as the term networking is, its needs and requirements differ vastly for large enterprises and SMEs. Read on to learn more about your future SME Network.

What is an SME Network?

SME networks are a modest cluster of computers with basic needs to support efficient data sharing and storage, peripherals such as printers, and one or two servers. All this is deployed with a limited budget on hand and usually, a third-party IT support consultant handles its nitty-gritty issues. This is fine as long as you are operating in your initial stages. But have you thought of the time when your business starts to expand? Will your SME network collapse under a load of bulky data, sophisticated software, multiple external network connections, and an increasing user-base? If you’re investing in networking, you might as well make it future proof. We know what goes into a good networking system for an SME. Read our checklist to find out ways to build a future-proof SME network.

Sure,  a small-scale business has the complete freedom to bend things to their will, something that larger organizations don’t compromise upon. But would you really want to violate industry standards and build a virtual wall between yourself and other business networks? Your business won’t operate from a hole! A vital part of any SME’s growth is its mergers and growing relationships and partnerships with other businesses. You may need to connect one or many aspects of your IT network with other businesses as your business relations grow. Every device, design, and software you deploy must be industry compliant to make it compatible.

2. Think about the Network Size

Or rather, estimate the expected size of the network at least five years down the lane. If you plan on adding five new users to your entourage, how much additional work is required? What is the impact on the existing load if a few new users are added? What happens when all the existing users plus the new ones exert an additional load on the system? Your network design must be flexible enough to handle expansions. Further, your network must be ready to handle a sizeable amount of additionally expected load. And both of these should happen without having to incur any major changes in design or any major expenses in the future.

SME networks usually rely on off-the-shelf components. However, spending some money on components that serve as the backbone of your entire network is actually an investment for the future. There is no dearth of SME businesses that have reduced fibre optic cable and connector specifications in order to save installation costs but have ended up spending a lot more in the near future. This is because newer devices are actually increasing the load on transmission fibres. In addition, you can even implement Wi-Fi in your office to save your bandwidth. Think of it this way: visitors or casually seated personal laptops and phones can easily use the local data while utilizing the Ethernet for desktops and permanently placed devices.

4. The need for a Cloud Server

One of the most vacillating decisions you’ll have to take for your business is whether to use a peer-to-peer connection or a client-server architecture to meet your networking needs. Let’s face it. For someone on a budget, peer-to-peer seems more than lucrative. A set of computers act as both the client and the server, offering shared resources on a common network without having to spend on one or more dedicated servers. But what happens when the number of devices on your network starts expanding? With increasing load, it becomes difficult to manage data sharing in a peer-to-peer environment. Moreover, once the sheer number of functions increases, it becomes increasingly laborious on the systems to extract the computing power to meet the organizational needs.

The network design itself becomes too complex to manage. Go to a cloud server. Provisioning for a cloud server from the beginning cushions these blows from the perspective of an expanding business network. With cloud servers, offices can store their data in a permissions accessible manner, access their data from outside the office, and also collaborate on documents. Cloud servers can provide far more advanced functions than just file sharing also, such as central terminal servers for customer databases and that provides considerable savings on the initial outlay to get a local server up and running. Keeping the above points in mind should be sufficiently helpful for you to design your SME business.

FacebookTweetPin Over the past year, as we’ve shifted primarily towards digital means of communication for day-to-day business needs, the need for an effective business communications 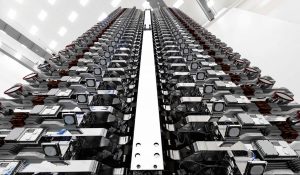 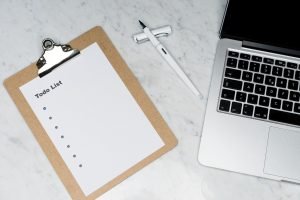