Is your PC running slower than usual? Is it behaving in a weird manner? Are there files on your system you don’t recognize? You might have been infected by a computer virus. Although the term “virus” encompasses a number of other tech jargon terms such as worms, trojans, malware, and adware, as a layman, anything that disrupts the normal behavior of your system and can potentially compromise your data is a “virus” for you. Viruses are a common occurrence in the digital world. Hence, those abreast with their latest behavior err on the side of caution. This makes a layman a “soft target” to attackers. However, the good news is that one does not need to be a techie in order to shield one’s systems from viruses. You just need to be wary of the most common ways in which a virus can infect your system.

Have you ever used an external media such as a pen drive or an external hard drive and noticed your PC behaving in a weird manner? As harmful as a virus is, it is also rampant, living in innocent systems unbeknownst to the user themselves. Hence, a friend’s pen drive or external hard drive that seems to contain just a few innocent movies might actually be hiding a malicious file, waiting to plague even your PC.

What can you do

Scan all external devices you plug-in into your system with an antivirus and an antimalware. (If you don’t have an antivirus, you need to get one NOW!)

Your inbox’s spam folder is flooded with hundreds of useless emails every day. Harm-doers these days know you ignore a dicey email, like the ubiquitous “Nigerian prince” that you probably would have received an email from. These days bad actors try to make emails as realistic as possible. The email can resemble a legitimate email copy you receive from your bank. While opening the email to verify its contents is fairly safe, beware of the “Follow this link” or “Download Now” links in them which can compromise your inbox and other sensitive data as well as inject a malicious file in your system through the downloadable links.

What can you do

Always open emails from trusted sources only. If something seems off, confirm it with the sender through a phone call. Get an antivirus to scan each and every file you download on your system.

A piece of software is constantly evolving. Did you know that software updates (they’re different from “upgrades”) are designed to repair such vulnerabilities? Hackers have been known to find and use exploits to launch attacks on the same day they were discovered by the manufacturers (zero-day attacks). And since software itself is such a trusted piece of program, one hardly suspects software loopholes as possible entry points for malware. This is the reason for Windows getting frequent updates.

What can we do

Keep auto update of software enabled. Update all the software you use regularly. Download software only from the manufacturer’s website.

If you’re connected to the internet, you receive hundreds of download prompts to your system. It’s easy to go ahead and say “yes” to each one of them, but how many strangers do you allow in your house every day? It is fairly easy to set up a download link. And even easier to infect your PC if you’re actually telling them “yes” to do it. So should you stop downloading software altogether?

What we can do

Download software only from the manufacturer’s trusted website. Scan each and every downloadable file with an antivirus before allowing it to download and install on your system. Avoid falling for easy catches, such as “cracked” versions of paid software. Only allow software to update when you recognize the brand, you can always Google the brand name for it’s trustworthiness. If you feel as though you need an antivirus but don’t know where to start, check out our “Should I buy a Paid Antivirus” article that can give you some direction on choosing an anti-virus. 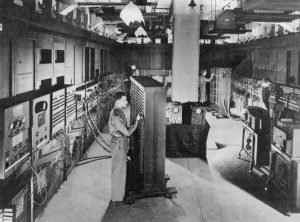 Interesting Facts Of Computers’ Past 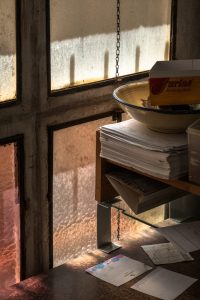