In the past few years, Australia has become one of the major hubs for e-sports events with an ever-increasing viewership, teams’ participation and gaming tournaments taking place in the country. An industry that exceeds $1 billion globally, there is no reason to not leave any stone unturned when it comes to hosting and arranging gaming tournaments that surpass viewers’ and participants’ expectations.

Sydney has been on the forefront when it comes to hosting such events – IEM Sydney being a prime example of this.

This was the third IEM Sydney and the 75th event overall. The event took place at Qudos Bank Arena from May 3-5 2019, the craziest esports arena Sydney has today. With total prize money of $360,000, the event had 16 major teams and attracted more than 20 million viewers from around the world. A lot of people talked about it across all social media platforms, with over 36,000 event-related tweets and post views of over 55 million. US-based Team Liquid was the crowned champions for this year, ending their 2nd place finish curse in each of the past few years.

Senior Vice President of ESL APJ, Nick Vanzetti, acknowledged the quality of the tournament by saying:

“Between those who watched online and the 7,500 fans who attended each day of the main event, there is a growing appetite in Australia for the highest level of Counter-Strike.”

According to Intel’s Vice President and General Manager of VR, John Bonini:

“We owe the continued success of Intel Extreme Masters Sydney to the esports community in Australia and around the world, which continues to grow at an incredible pace.”

There is a lot of buzz about ESL organizing the first major tournament of 2020 in Sydney. According to the sources of Gamerbase, the tournament’s name is assumed to be ‘IEM Sydney CS: GO Major Championship 2020’. It’s scheduled to be played between May 11-24, 2020.

This could be the first time that a major would be organized and hosted outside the US and Europe.

Intel Extreme Masters will announce it on their website when the information becomes available.

This is a PUBG gaming event which is being played from October 11 for the qualifiers. The main event that is scheduled for November 2 is to be held in Sydney.

The event’s competitiveness is expected to be of the highest level. The best PUBG players from around the world experiencing some intense gameplay and amidst an electric vibe.

The event is being held at the Carriage Works. You can see more event info and get tickets at Red Bull’s site.

In a Nutshell: We witnessed big growth at IEM 2019. One can easily say that with all the hype and sponsorships esports in Sydney is gaining more momentum. The success of such tournaments translates into more pro-gamers. Local and foreign gamers will be wanting to participate at the highest level and this will certainly aid in an emerging e-sports trend in Australia by more and more opportunities coming. 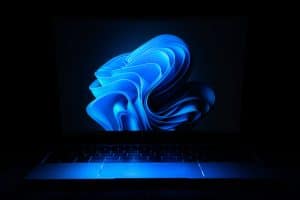 FacebookTweetPin1 Microsoft officially released Windows 11 to the general public on 5th October 2021. After using Windows 11 for more than six months, I have

FacebookTweetPin Over the past year, as we’ve shifted primarily towards digital means of communication for day-to-day business needs, the need for an effective business communications